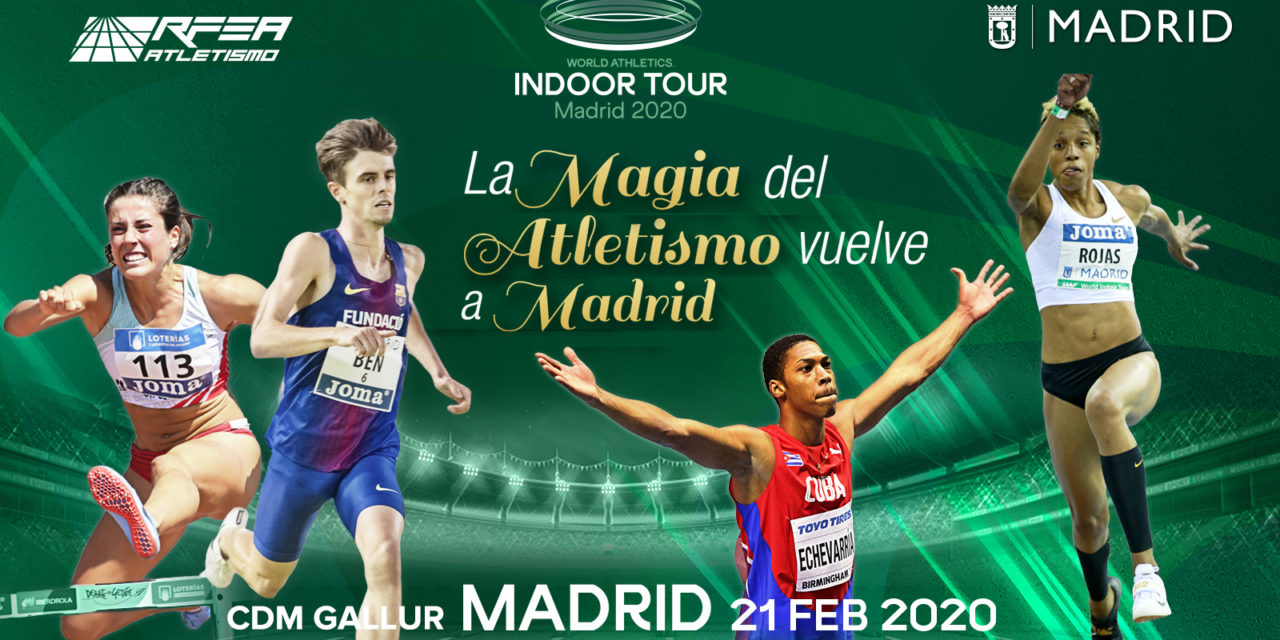 Season 5 of the World Athletics Indoor Tour concludes with the Meeting Villa de Madrid indoor on Friday February 21. Gallur Municipal Sports Center holds the final for the 2020 season, which will crown 9 of the 11 series champions in which is the main indoor competition this year – due to the postponement of World Indoor Championship in Nanjing to March 2021.

Some of the biggest names in athletics at global stage will square off on Gallur’s track. Overall, 42 global and European medalists (31 men and 11 women), two of which won Olympic medals too, will be competing in the 5th Meeting Villa de Madrid indoor: a total amount of 20 world outdoor medals (5 golds, 6 silvers and 9 bronzes), 22 world indoor medals (5 golds, 7 silvers and 10 bronzes) and 2 Olympic medals (1 gold and 1 silver).

Gallur Municipal Sports Center sold out its allocation of tickets for the Meeting Villa de Madrid indoor three days before the competition.

Spain’s Lucas Búa (46.23), who came back to competition in January after one year blank due to injury, Samuel García (46.35) and 2020 national leader Manuel Guijarro (46.76) will test their shape as contenders for a spot in the 4×400 relay in the Olympic year.

Juan Miguel Echevarría (8.46) of Cuba is widely regarded as one of the most exciting young talents in global athletics following his wind-assisted 8.83m and 8.92m leaps in 2018 and 2019, the latter the fourth longest jump ever under any conditions. By then he had already won the title at World Indoor Championship, and later he would claim a bronze in Doha outdoors. European champion Miltiadis Tentoglou (8.38) and Spanish-man Eusebio Cáceres (8.16) will rival him in Madrid, as locals Jean Marie Okutu (7.96), Héctor Santos (7.93) and Jorge Ureña (7.73) will do too.

Fabrice Hugues Zango (17.77) targets the world record owned by his coach Teddy Thamgo (17.92) and the prize of the World Indoor Tour, which is leaded so far by Spain’s Pablo Torrijos (17.04) after his win in Boston. Olympic champion and six-time world medalist Nelson Évora (17.40) and US indoor champion Donald Scott (17.24) are among the main contenders for the triumph.

Gudaf Tsegay is the main candidate for victory, as she won the bronze medal at World Championship last October and four months later, she set an indoor personal best of 4:00.09 in Torun. Fellow Ethiopian Lemlem Hailu was second in that race and set a world junior record of 4:01.79. Spain’s Marta Pérez has also reached her top this year, clocking 4:07.88 in Glasgow, and will be in the starting line alongside her compatriot Solange Pereira (4:10.39).

United States’ Christina Clemons (7.73) will clash the Spanish duo formed by Teresa Errandonea (8.11) and Caridad Jerez (8.11), who will bring their rivalry to Madrid. Global indoor silver medalist is focused on winning the World Athletics Indoor Tour title which she leads with 24 points. Eline Berings (7.92) of Belgium and Cyrena Samba-Mayela (7.98) of France will be the other two athletes with career-bests under eight seconds in Madrid. Youngster Elba Palmo completes the Spanish contest over the hurdles.

Yulimar Rojas (15.03) entered the exclusive 15-meter-indoor-club earlier or February, and now that she knows how to jump over 15.40m outdoors, she wants to challenge the world indoor record of 15.36m set in 2004. European indoor champion Ana Peleteiro, Rojas’s training partner in Guadalajara, will be chasing her own Spanish indoor record of 14.73m in Madrid. There, Patricia Sarrapio (14.07) and María Vicente (13.71) – past, present and future of athletics in Spain – will also compete in the triple jump. 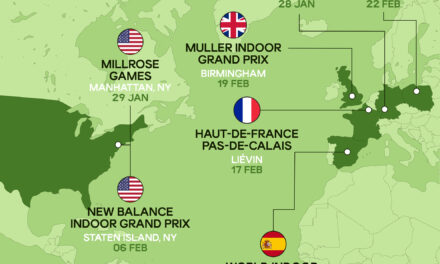 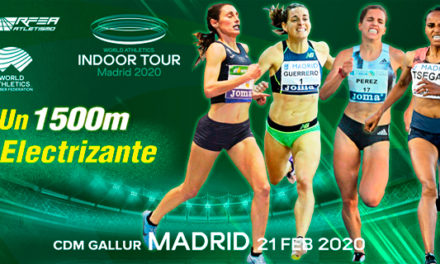 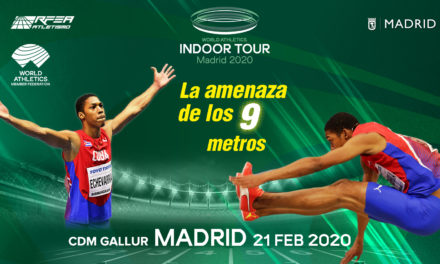