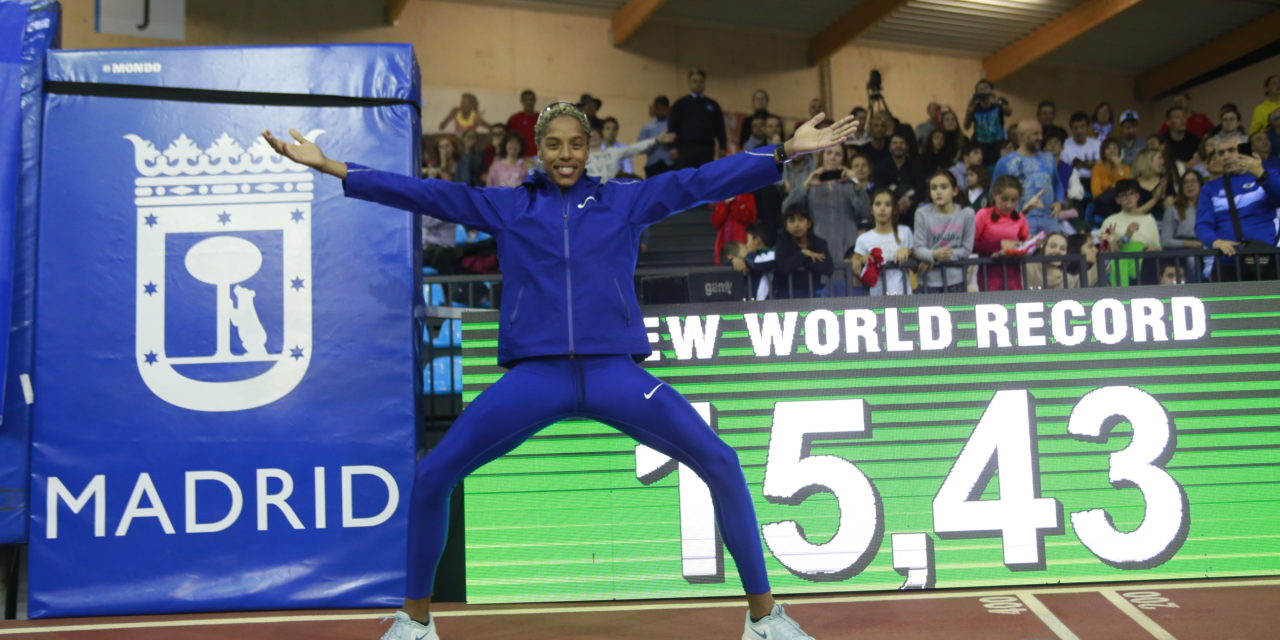 Venezuela’s Yulimar Rojas got the spotlight at Meeting Villa de Madrid indoor, the final stage of World Athletics Indoor Tour, as she broke the world indoor triple jump record with a leap of 15.43m. The public in a sold out Gallur Municipal Sports Center pushed the athletes – specially the local ones – to an outstanding performance.

Yulimar Rojas opened with a long foul before leaping 14.65m in her second attempt. Then the 24-year-old two-time world champion registered a foul, followed by a personal best of 15.29m, just 7cm shy of the longest jump of all-time.

But she hadn’t done yet.

After a new foul in the fifth attempt of the evening, everyone in Gallur paid attention to Rojas, who jumped up to 15.43m, adding 7cm to Tatyana Lebedeva’s last world indoor record that had stood since 2004.

Fabrice Hugues Zango of Burkina Faso struggled to find a good leap, but a final attempt of 17.31m was enough to secure his win in Madrid and the World Athletics Indoor Tour title in the men’s triple jump. Frenchman Melvin Raffin finished second with 17.07m, while Spain’s leader Pablo Torrijos was fourth, sailing to 16.77m and jumping three times over 16.60m.

No one could beat Cuba’s Juan Miguel Echevarría in his indoor season debut. Although the men’s long jump was a non-scoring event in Madrid, it was a high-quality contest. The reigning world indoor champion opened with a world lead of 8.33m, followed by a second attempt of 8.31. In the final highlight of the evening he leaped 8.41m, too far too good to his rivals as Greece’s Miltiadis Tentoglou jumped 8.07m and local Eusebio Cáceres sailed to 7.77m.

American Ronnie Baker, #3 in all-time list in 60m, matched his season best of 6.44 to get his seventh win of the indoor season and the World Indoor Tour title in his event. His compatriot Demek Kemp was second in a personal best of 6.48 and Jan Volko set a Slovak record of 6.55. Mario López Moure, Sergio López Barranco and Ángel David Rodríguez of Spain clocked 6.69, 6.70 and 6.77 in semifinals.

In women’s 60m hurdles, world indoor silver medalist Christina Clemons upset her fellow American and reigning world champion in 100m hurdles Nia Ali. The 29-year-old hurdler clocked a season best of 7.82 in the final, while Ali’s time was 7.88. Teresa Errandonea set her second personal best of the night to place third in 8.00, ranking her #3 in Spain’s all-time list. Her compatriot Caridad Jerez crossed the line in 8.21 in semifinals.

World indoor champion Andrew Pozzi keeps undefeated this season, as he won the non-scoring men’s 60m hurdles in a meeting record of 6.48. Yaqoub Mohamed Al Youha of Kuwait set a national record of 7.52 in second place, while Brazil’s Gabriel Constantino was third. Spanish-youngster Enrique Llopis clocked 7.83 both in semifinals and final.

Kenya’s Collins Kipruto extended his winning streak to six victories in a super-fast men’s 800m. The 25-year-old athlete held on head race after an opening half of 50.72 from the pacemaker Guillermo Rojo and crossed the finish line in first place despite the attack of Poland’s Adam Kszczot and Spain’s Mariano García. Kipruto clocked 1:46.09 to set a new meeting record ahead of Kszczot’s 1:46.30 and García’s 1:46.31, which ranked him #5 in Spain’s all-time list. His compatriot Adrián Ben was fifth in 1:46.60, the seventh fastest ever in the country. Kipruto also won the World Athletics Indoor Tour title in this event.

In the longest races on the programme, the Ethiopian duo formed by Gudaf Tsegay and Getnet Wale won a double in women’s 1500m and men’s 3000m. World bronze medalist Tsegay clocked 4:04.66 to set a new meeting record and secure the World Athletics Indoor Tour trophy, while fellow Ethiopians Lemlem Hailu and Axumawit Embaye finished second and third respectively. Spain’s Marta Pérez was sixth in 4:07.37, a lifetime best which places her #3 in national all-time list.

Wale managed to hold off his pursues Bethwel Birgen and Selemon Barega over the final lap, setting a meeting record of 7:39.96, though was Birgen who won the World Athletics Indoor Tour title. Local Ouassim Oumaiz crossed the line in 7:44.39, a new Spain’s U23 best, and was followed by fellow Spanish Adel Mechaal in a season best of 7:45.08. Compatriot Sergio Jiménez also finished in a season best of 7:53.31.

Poland’s Justyna Swiety-Ersetic wrapped up the World Athletics Indoor Tour title in women’s 400m with a 51.93 win over Switzerland’s Lea Sprunger. Aauri Lorena Bokesa of Spain crossed the line in 53.64.

In the men’s side – a non-scoring event – local Samuel García won in a Spain’s season best of 46.39, while fellow Spanish Lucas Búa and Manuel Guijarro clocked 46.93 and 47.47 respectively. 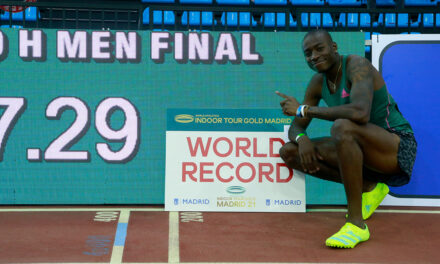 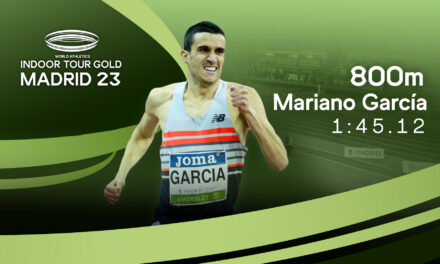 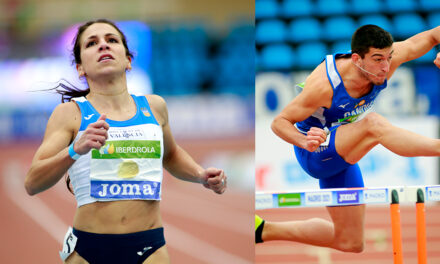